As Chair of the Commonwealth Parliamentary Association Jersey Branch, I was pleased to welcome the new Secretary-General Stephen Twigg to our branch, which was the first branch he visited after being appointed.

Carolyn chaired the last CPA Crown Dependency Network event which Jersey hosted in the States Chamber and welcomed Guernsey and the Isle of Man. The debates covered Population and Medical Care which are of great relevance to all three jurisdictions 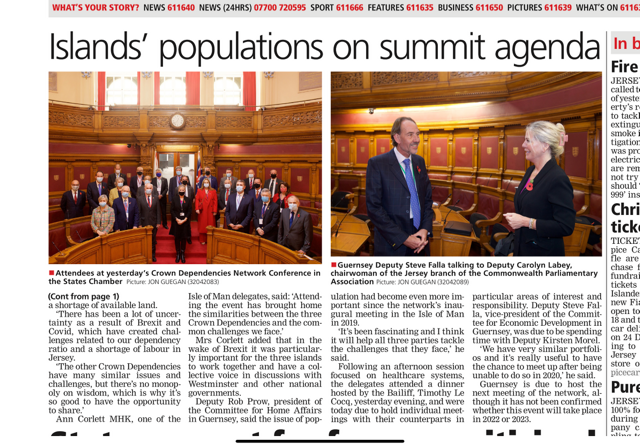